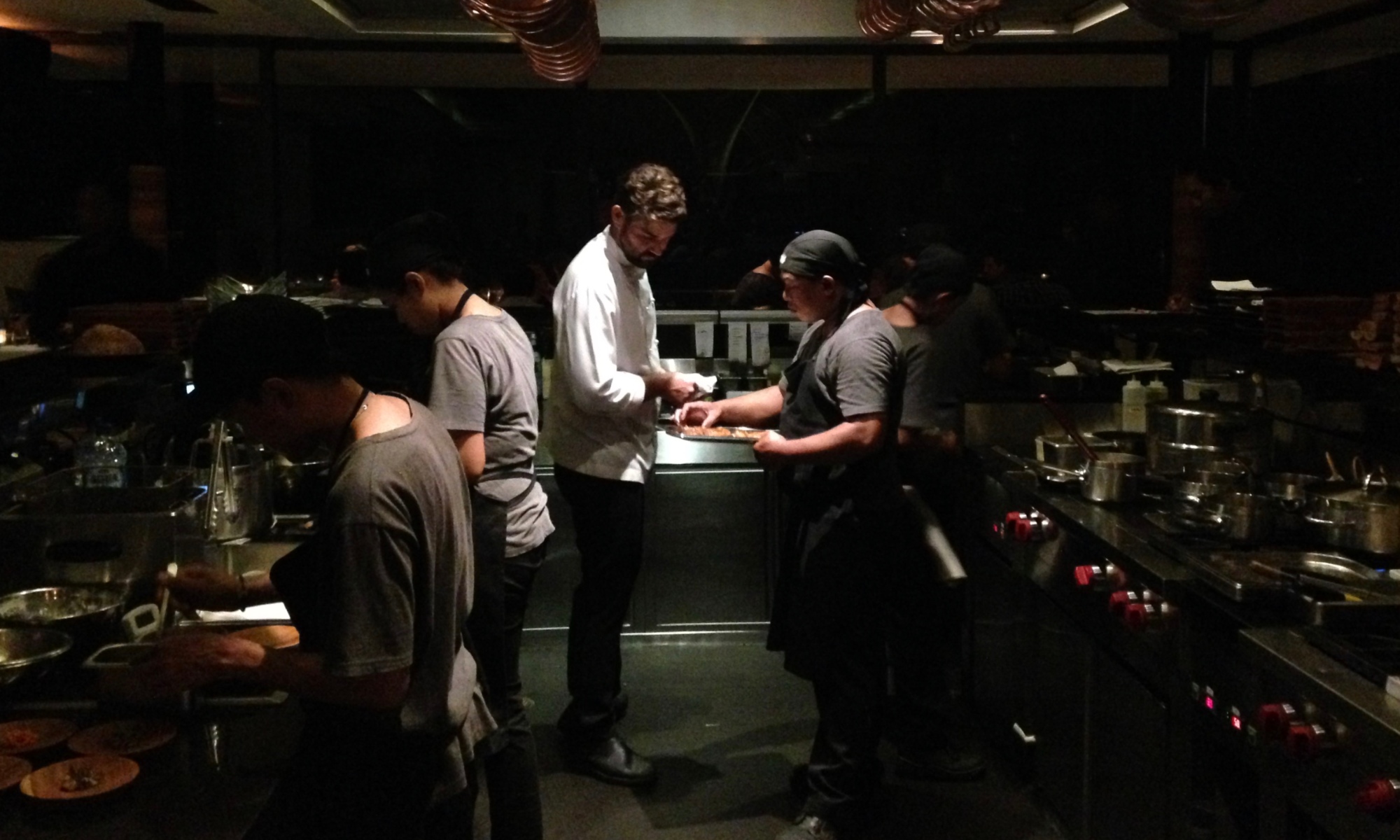 There could not be a more appropriate article to parallel my experiences as an internationally traveling stagiaire. There are very few professions that inspire people to pay their own way into order to work without pay, but I think that speaks to how much raw, unfettered passion exists in this industry. Can you say that about your field of work?…

“Did you know Japan grows its own vanilla beans?” Pastry chef Kanako-san asked as she showed me a bag of vanilla beans.

“Definitely not,” I replied.

This is how Japan approaches food.

END_OF_DOCUMENT_TOKEN_TO_BE_REPLACED

Note: Because my stage at Narisawa was a new experience in many ways, I will split my post about it in two parts. First, the culture in the kitchen, and second, the food itself.

When I worked at Restaurant Daniel, Relais & Chateaux was celebrating its anniversary by sending chefs to prepare dinners at fellow R&C establishments, and Chef Emmanuel Renaut came to New York City to cook with Chef Daniel Boulud. He brought along his sous chef and pastry sous chef, who was Japanese, spoke fledgling French and no English.

The pastry sous chef struggled to communicate in our kitchen and was frantic trying to finish his prep for the special dinner. I did my best to assist because having done events myself, not knowing where things are in a kitchen is a major hurdle.

One morning, I came in early to help him. He asked me to make a sable dough and I skimmed his recipe. All of the ingredients were written in French, which was no problem, but there was one item on the list I couldn’t translate because it was in shorthand. I tapped him on the shoulder, pointed to the ingredient and had a puzzled look on my face. He thought about it and said in a heavy accent, “Yellow.” I worked the riddle out in my head and a light bulb went off. “Egg yolks!” He nodded his head enthusiastically. I thought, “Yes. This will be okay. We will make it work.”

This was a harbinger for my experience at Narisawa, which is considered the best restaurant in Asia and number eight in the world. There were many, many riddles to solve every day: culturally, linguistically and technically. Mental and physical exhaustion beckoned with the 16-hour days ahead of me, but I was determined to make the most out of my experience here.

END_OF_DOCUMENT_TOKEN_TO_BE_REPLACED 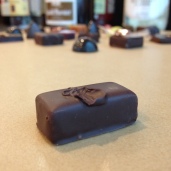 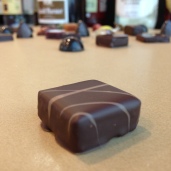 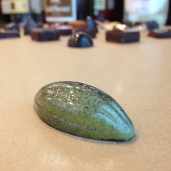 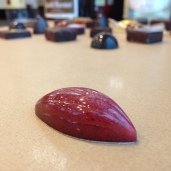 Crema catalana chocolate. Much like marzipan and bruleed on one side. 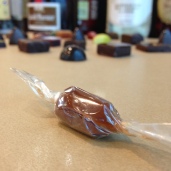 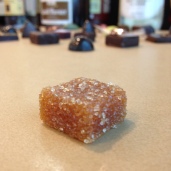 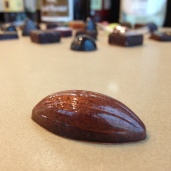 Toasted maize praline bonbon. Chef Ramon brought salted puffed corn snacks that are commonly paired with beers in Spain to make this filling. The corn snacks itself are ridiculously addictive. 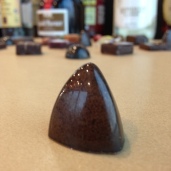 Hazelnut-orange-saffron bonbon. The line on the shell symbolizes one strand of saffron.

A Colombian-American chef converses with a Japanese chef in French, turns around to speak to a Spanish-Catalan chef in Spanish and then faces me to speak in English. The Spanish chef and another Japanese chef struggle to communicate in English and chuckle because they’ve forgotten they can both speak French better. Laissez-nous parlons en français, oui?