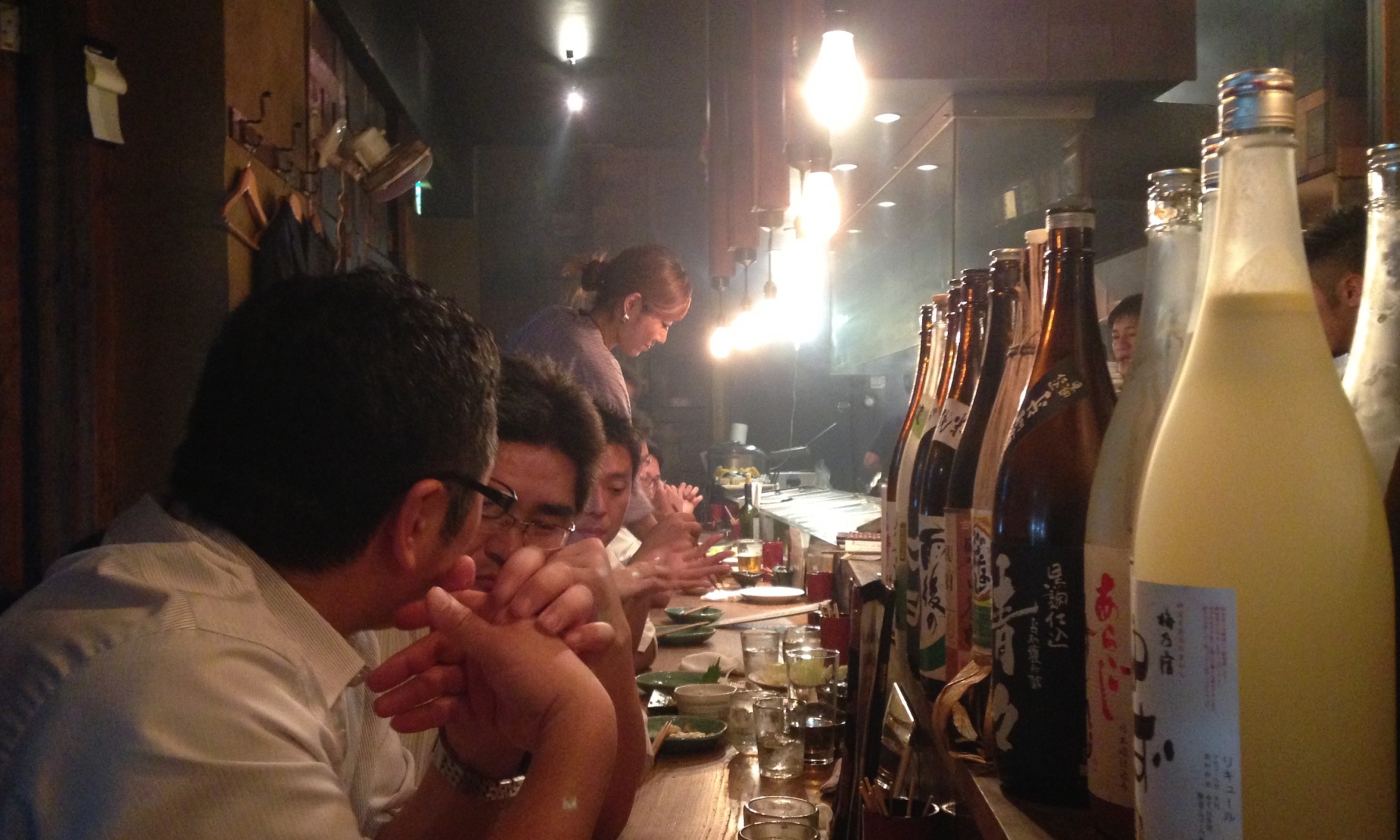 Note: Because my stage at Narisawa was a new experience in many ways, I will split my post about it in two parts. First, the culture in the kitchen, and second, the food itself.

When I worked at Restaurant Daniel, Relais & Chateaux was celebrating its anniversary by sending chefs to prepare dinners at fellow R&C establishments, and Chef Emmanuel Renaut came to New York City to cook with Chef Daniel Boulud. He brought along his sous chef and pastry sous chef, who was Japanese, spoke fledgling French and no English.

The pastry sous chef struggled to communicate in our kitchen and was frantic trying to finish his prep for the special dinner. I did my best to assist because having done events myself, not knowing where things are in a kitchen is a major hurdle.

One morning, I came in early to help him. He asked me to make a sable dough and I skimmed his recipe. All of the ingredients were written in French, which was no problem, but there was one item on the list I couldn’t translate because it was in shorthand. I tapped him on the shoulder, pointed to the ingredient and had a puzzled look on my face. He thought about it and said in a heavy accent, “Yellow.” I worked the riddle out in my head and a light bulb went off. “Egg yolks!” He nodded his head enthusiastically. I thought, “Yes. This will be okay. We will make it work.”

This was a harbinger for my experience at Narisawa, which is considered the best restaurant in Asia and number eight in the world. There were many, many riddles to solve every day: culturally, linguistically and technically. Mental and physical exhaustion beckoned with the 16-hour days ahead of me, but I was determined to make the most out of my experience here.

Narisawa’s kitchen was by far the most foreign kitchen I have been in on this journey.

Language was an obvious challenge. Maybe, I thought, some things might still be in English like labels and items on fired tickets in Hong Kong, or to-do lists in Bali. My bubble was burst immediately.

In any new kitchen, when given a recipe, I will always run through the process with them. I’ve worked in enough kitchens to know everyone has a different technique, and I will not assume I know how they want it to be done. It was no different at Narisawa, but it was like playing gestures every time. When running through an anglaise recipe, Yuki-san, the pastry sous chef, pointed to the cream and sugar on the recipe, and pinched her fingers closed, and I nodded, “Combine together.” Then she tilted her head while thinking how to explain the next step. She proceeded to wiggle her fingers upwards and made a gurgling noise. It actually made sense. “Bring to a boil!” “Hai!”

Though it sounds fun, it could be vexing as well, especially when the pace picked up during service. I wanted to be as helpful as possible, but when they had to take precious time to explain something to me and struggled because of their English, I could see the frustration on their faces. It was important to know how to read the situation in many cases and recognize when I should simply stay out of the way.

But if I was physically in the way, I ran into a cultural peculiarity. As a stagiaire, I am a foreigner, a guest in the kitchen. The Japanese are immensely polite and never want to offend guests. So in a game of telephone, if I was in a space where a cook did not want me, he could never tell me directly. He would go to someone else, whether it be a pastry cook, another stagiaire or front of house employee, and ask them to tell me to move. Then that person would relay that information to me while the cook waited in another part of the kitchen. As an American, this indirectness was something to get used to, and especially baffling when the same cook would shove me out of the way when I worked on the pass during service. So there can be Japanese politeness and kitchen aggressiveness at the same time it seems….

I faced more cultural puzzles when I worked on the pass for a week.  The pass is a (sometimes literal) window into the kitchen from the dining room and vice versa. At Narisawa, it is where every dish is plated and sent in a timely manner to each table. Working at the pass demands orchestrated movement and communication, so I was amazed that stagiaires were allowed to participate. How can cooks who know no Japanese be able to understand what dishes to plate and when?

Because I didn’t have language on my side, I honed in on visual cues. It took two days to memorize how plating was done for each dish on the tasting menu and observe the process: where mise en place was stored, who was cooking the fish and meat, who was frying and what they were frying, in order to anticipate what plates were fired. If we were lucky, the sous chef would fire a few tickets in English like, “three fish, “or “four soup,” but if there was a special—and there were many—we stagiaires were never told and had to sense when to stay out of the way.

The pass can also be an intimidating area because it is also where most of the mistakes and reprimanding take place. “Where’s the fish?” or “That flower looks like sh*t. Fix it.” And I could certainly tell when Narisawa or his sous chef were not pleased and gave prep cooks an earful. I may not have known exactly what was being said, but the message was clear.

I never got reprimanded. I made mistakes too, but I was never reproached or chided. Again, because I was a guest in the kitchen, politeness abounded towards me and my fellow stagiaires. The same mistakes the prep cooks would get hounded for were not an issue for me. Was I too slow in retrieving a box of herbs for plating? Silence and patient waiting. Was a prep cook too slow? The kid’s ears were nearly boxed. It was especially bizarre to hear Narisawa or his sous chef say, “I’m sorry,” as I tried to pass behind them with my feeble, “Ushiro torismasu (behind).” The double standard was unsettling, but I eventually understood this was how a Japanese kitchen operated. Stagiaires were only passing through, and these prep cooks needed to get their tough love.

It always takes time. Time to adjust to the hours, the people, the culture. In the end, I felt like I understood the kitchen and the people working in it. I think the best part was when I could gradually see everyone’s personalities instead of the quiet, solemn faces I first encountered. Like the shy cook who got a kick out of me helping him fish out lobsters and kill them for dinner service—it was my first time. Or the demi-sous chef in charge of butchering live turtles being bashful about eating leftover mignardises, or seeing one of the sous chefs with no facial expression laugh at my reaction to a prep cook singing lyrics from a Taylor Swift song. It started to feel like any other kitchen in the world.

I was sad to leave before getting a chance to really know these cooks. I still had many questions for them: how did you start in this industry, what was your experience like to train as a cook, how long do you stay with one chef before you move on, etc. I am discovering that the best kitchens I’ve been in so far are the ones I still have questions for even after I leave.

This only means I will have to return to Japan one day to answer the rest of my questions.